Sure I’ll read your boring novel … said no reader ever.

‘Sure, I’ll read your boring novel. The way you’ve told it is like wading through mud, your characters speak like robots and you’ve written lots of dull and pointless description, but I know you’ve spent time writing it and you think it’s fabulous so of course I will give up twenty hours of my life to make you feel good.’

… said no reader EVER.

I spend some of my social media time in support groups for writers and storytellers. I like to keep up with current issues, see what people are worrying about, and it is always possible to learn something new.

Some of the time, though, I end up shaking my head in disbelief. Recently I saw a thread started by a young writer who was worried that he was wasting his time. He was concerned particularly that he might be creating stories that nobody else would ever think were worth their time and effort to read.

Out of the shadows already had come fifty or more group members, almost all singing from the same song sheet… 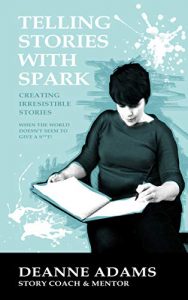 ‘Don’t worry about it, man. So long as you’re writing what YOU love, that’s the point.’

‘Just write from your heart and there will be people who resonate with your story.’

It was all very well-intentioned. Everyone wanted this young man to grow in confidence and to continue telling the stories that made him happy.

If all he wanted was to make himself happy by writing for himself as a creative release, then that first person who answered him would have hit the nail right on the head. If he wanted to find a group of people who had the same life experience as himself, the second contributor would have been correct.

But that WASN’T what he was asking.

That poor guy was expressing his concern that he might not find an audience to read his stories. He was terrified that he would put them out there and get nothing but tumbleweed around them. He was writing because he wanted to have an impact on people and make a success of himself as an author, not so that he could tuck it away in a drawer or create a support group for a specific issue.

Now I don’t know what was good or bad about his writing: he didn’t share any extracts in the thread. But he knew it could be better and he knew it was his job to make it better.

That guy looked to be in his early twenties. Many of the people offering him ‘advice’ must have been twice his age, at least. He didn’t know it, but he had wisdom that those ‘experienced voices’ simply didn’t have and probably never will have. Despite his lack of confidence, he had grasped the truth that no audience out there will ever read something just because its writer loves it. He could see that every person who chooses to read a story will do so because they can see something in it for THEM. What’s more, he could see that it is up to him to engage people in his stories.

Nobody owes him their time, effort or money to give him an audience. That goes for the rest of us too. It is the job of all of us to write stories that are irresistible.

Do you want your stories to have an impact on people? Want to make a success of yourself as an author? Check out my book. It is low-jargon and to the point, helping you get to the core of how to create an irresistible story.

Do you want your stories to have an impact on people?

Want to make a success of yourself as an author? Check out my book. It is low-jargon and to the point, helping you get to the core of how to create an irresistible story.