by Deanne Adams | Jun 25, 2022 | advice for writers, how to write books, improving your writing skills | 0 comments 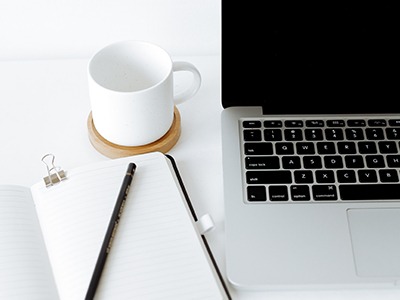 You’re stuck in the middle of your novel? You’ve written the beginning (Act One) and you’ve got at least an idea of how the novel will end, but the middle is all wobbly? Perhaps your novel outline for the middle just says, “Stuff happens.”

You start writing the beginning of the middle, trying to plough through. A few chapters or scenes in, you run out of things to say. You create events that you hope are exciting or dangerous just to fill pages before you can start writing the climax. You invent a new character to keep things going. Sound familiar?

One of two scenarios takes place. Either you get it done or you don’t.

If you do get it done, you send it to beta readers and their feedback isn’t what you want to hear. They got bored in the middle. They didn’t see the point of that scene at the beach. That scene in the hospital was a repeat of a previous one. You end up with a middle that’s thin on content, character development and excitement.

If you don’t get it done, you move on to another story idea. You get excited by another fabulous concept, another character and start writing that one. And you end up in the same place.

Here’s the key… make sure your Lead’s goal in the story is the exact opposite of your Opposition’s goal. There’s a reason the Opposition is called Opposition. When you tie your Lead and Opposition in such a way that one of them has to win and the other has to lose, that drives your story.

So consider exactly what your Lead wants to achieve. Make it difficult for them. Make the Opposition be the reason it is difficult. A novel’s middle is about the power play between the two. It moves in logical steps, like a dance. Then the climax is the point at which they meet – the showdown – and one of them wins while the other loses.

Your characters’ goals for the whole story helps you plan out the story in big picture terms. Getting through every scene means you need to consider scene goals. A scene goal is what a character wants to achieve in that specific scene. Identify exactly what it is they want. Make sure it is related to their character goal – it’s a single step in the dance. Then they either achieve that scene goal or they don’t.

By breaking the middle of your novel down into single scenes, and viewing them as steps towards the big showdown rather than ‘stuff’ that happens in order to fill pages, you can keep your motivation and sense of purpose high.

Escape that cycle of half-finished manuscripts. Focus on goals.

Write the Middle of Your Novel – Online Course for Writers

Write the Middle of Your Novel is a course that helps you get your first draft done. By developing your skills in the key unit of storytelling for a novelist – the SCENE – you can get your novel down without the overwhelm.

When you enrol, you will be able to access:

Want to know more? Head over to my course page where I explain what you’ll be learning if you decide to enrol.