Four things you should NEVER say to a writer 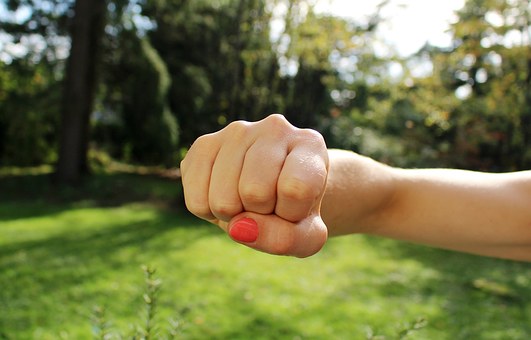 There are some awful things you might have said to a friend who loves writing. You probably said them in all innocence. Allow me to explain why you should never, ever repeat them, since your friend is unlikely to tell you him or herself.

I am a writer. I work with writers. I help people become writers. I know that when a group of writers congregate in a room and one of them tells the others something a well-meaning friend has said, everyone else will wince in shared sympathy and empathy.

That’s because the individuals in that room ‘get’ it. Whatever their ages, genders, races, nationalities, they get it. Even regardless of the genre each of them prefers to write in – which is a far, far greater divide than racial groupings or generations could ever be – they get it.

What should you never, EVER say to a writer? Read on:

Firstly, what kind of pressure is that to put on your friend? If someone takes up running, would you think it fair to ask him if he intends to be the next Mo Farrah? (…Sir Mo, I should say.)
Not only that, but what does your friend have in common with J.K. Rowling/G.R.R. Martin/Philippa Gregory? Apart from the fact that they all put words together in a particular order on a page? Chances are, your friend’s work bears as much resemblance to one of those authors’ books as a raven does to a writing desk. You’ll irritate your friend immensely – he or she is probably just too nice to tell you so.

Did you give the story anything more than a quick scan? Did you look at it at all? If not, just say so. If your friend is serious about writing, she wants REAL feedback NOT a platitude. She wants to know what you liked about it, and she wants to know what you didn’t like – what was confusing, what was boring, that kind of thing.
You could actually cause damage to your writer-type friend’s confidence by saying it was ‘nice’. ‘Nice’ is a word we use to describe a gift we think is a bit dull but we don’t want to hurt the person’s feelings. Please, offer a real emotional reaction to that story. Perhaps you were angered or disgusted by something in it: that is better than saying it is ‘nice’.
What if your friend gets offended by you saying this? If she is serious about being a writer, she won’t be. If she is offended… well, she asked… and you won’t have her bothering you for an opinion in the future.

3. “Are you just going to write children’s books or are you going to do proper ones too?”

He or she is probably grinding their molars to dust when you ask that.
Writers of children’s books face tough challenges. Children are harsh critics. They know they deserve to be transported and enthralled by a story. If something is boring, or if there is a mistake in the ‘reality’ of the story, or if the child feels patronised, that book is going to be put down and not picked up again.
A child is not going to tolerate a sloppy writing style, poor research or masses of needless back story. An adult might say, “I found it a bit slow to start with, but I stuck with it and it got better.” Try to imagine a ten year old saying that. No chance.
Think very carefully before asking a question like this of your writer-type friend. If you want to stay friends, that is.

Please… go and check your facts first. Is your friend’s work really reminiscent of ‘that book’ or is it just that a particular word or character’s name set you thinking of something else you’ve read? Unless there really are glaring similarities, do NOT say this to your friend. It will not be taken as a compliment, even if you’ve compared the text to Pride and Prejudice or Do Androids Dream of Electric Sheep? It will be taken by your friend as a sign that he has been wasting his time. What is the point of writing something that has already been written? What publisher will take his book on if it is a rip-off of something else?
What if your friend really has lifted a plot wholesale (even unconsciously) from somewhere else? If you’re sure about it and you’ve double-checked your facts, it would be kindest in the long run to tell him. Do it gently and privately – it will be very bad news, but if he is a good friend he won’t shoot the messenger. (Unless he turns you into a character in a new story and has you murdered in a brutally imaginative fashion. If this happens, you’ve done him a favour by providing him the inspiration for something original.)

So now you know the truth, dear friend-to-a-writer. Be kind to your writer-type friend, even if to do so you must be cruel. Above all, be honest. Otherwise, you may well recognise yourself in a future story meeting a very sticky end.

Enjoyed this article? Try this one…https://bestbookyoucan.com/three-myths-good-writing-debunked/